SERVER FOR THE IDENTIFICATION OF FUNCTIONAL REGIONS IN PROTEINS

Much insight can be obtained from analyzing a query protein within its evolutionary context. Evolutionary data, inferred from the protein’s family, i.e., its homologues, readily highlight conserved regions that are often important for catalysis, binding, and other biological functions. ConSurf-DB includes pre-calculated estimates of the evolutionary profiles of most proteins of known structure. To see these, the user needs only to provide the PDB identifier (or amino acid sequence) of the query protein. The results will instantaneously be displayed with convenient user interface.

The evolutionary conservation estimates are highly robust because particularly stringent thresholds were used in constructing the database. ConSurf-DB will be periodically updated to keep up with the rapid increase in sequence and structure data.

A detailed description of the construction of ConSurf-DB, as well as a few examples, are available in a recent publication [1]. Briefly, ConSurf-DB was constructed based on the fully automated four steps process described in this flowchart: (a) downloading and parsing non-redundant PDB entries, (b) collecting sequence homologues and building the multiple sequence alignment (MSA), (c) calculating evolutionary rates, and (d) formatting the results for presentation in the ConSurf-DB website.

c. The third step is estimating the evolutionary rates. It begins by inferring the best amino acids substitution model based on the MSA [8]. Then, a phylogenetic tree is built from the MSA with the Neighbor-Joining method [9], implemented in the Rate4Site program [10]. Next, Rate4Site assigns an evolutionary rate to each position in the query sequence, based on the phylogenetic tree and the substitution model, and using an empirical Bayesian methodology [11]. Finally, the evolutionary rates are categorized to discrete conservation grades, ranging from 1 to 9, where 1 are the most highly variable, 5 are of intermediate conservation, and 9 are the most highly conserved positions. Positions that are assigned grades with low confidence are treated as a separate, tenth, category. The nine grades are then mapped to colors that reflect the level of conservation, which allows a clear and intuitive detection of the conserved regions in the protein.

d. The fourth and final step is formatting and visualizing the results. The conservation grades are mapped on the three-dimensional structure of the query protein, which can be viewed using the NGL viewer [12] or FirstGlance in Jmol [13]. The colors are also projected on the query sequence and on the MSA. Moreover, session files, presenting the protein structure colored by the conservation grades, are created using the PyMOL [14] and Chimera [15] programs. All visual results are available in two color scales: the default color scale, which is turquoise-through-maroon, and the color-blind friendly color scale, which is green-through-purple. These color scales correspond to variable (grade 1)-through-conserved (grade 9). Positions with low reliability according to the confidence interval are colored in light yellow in both color scales. 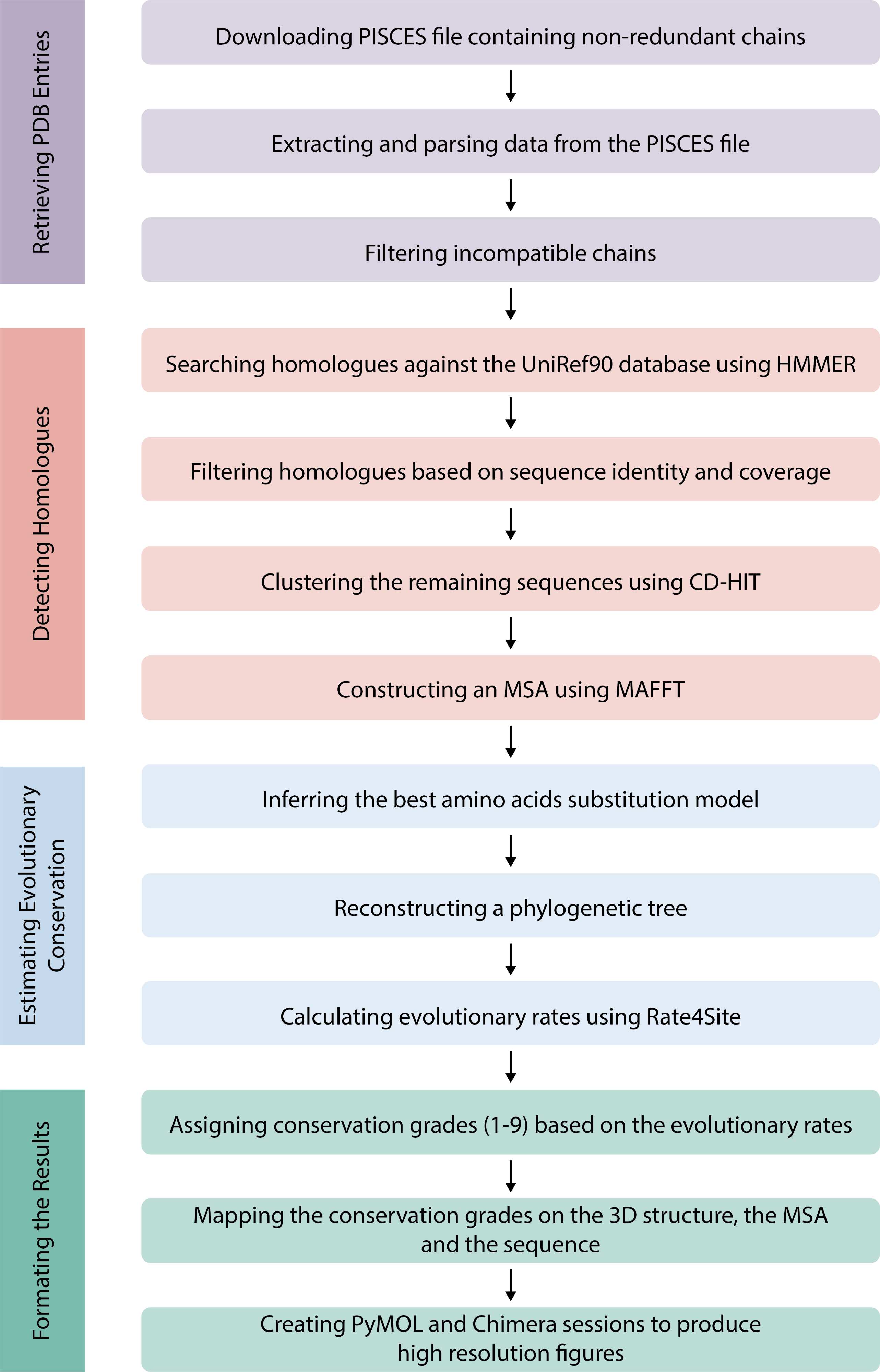 Table 1 details the ConSurf-DB statistics, including the number of starting proteins, the numbers of proteins filtered using various criteria, and the total number of proteins with available evolutionary profiles.